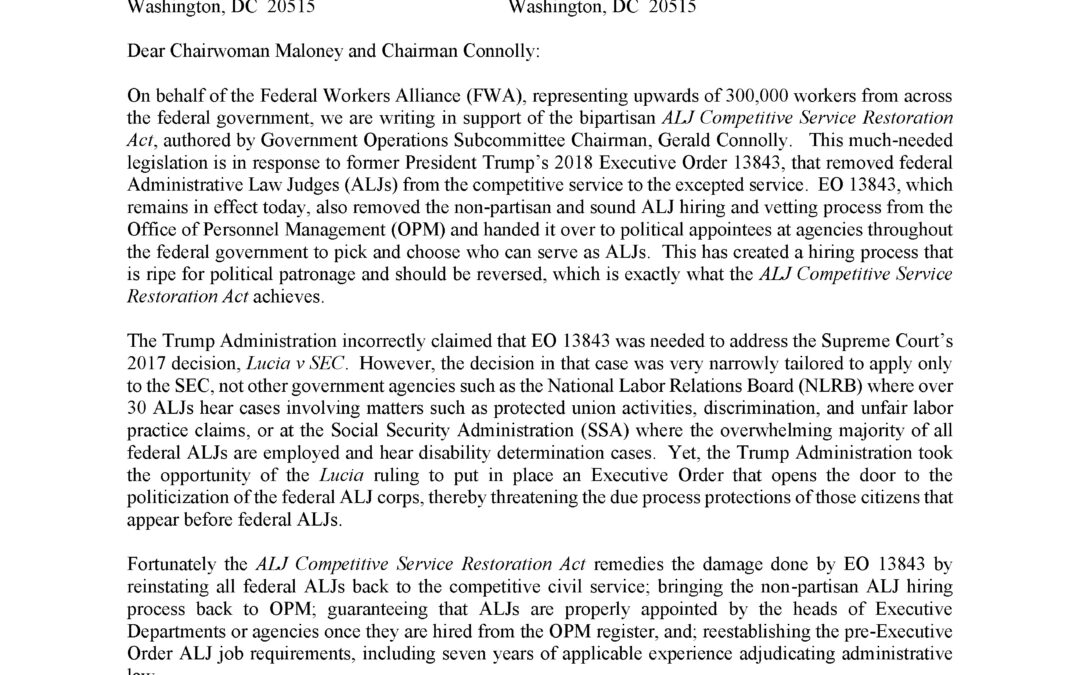 The Federal Workers Alliance, of which the Metal Trades Department is a member, sent a letter to Representatives Maloney and Connoly in support of the bipartisan ALJ Competitive Service Restoration Act. This much-needed legislation is in response to former President Trump’s 2018 Executive Order 13843, that removed federal Administrative Law Judges (ALJs) from the competitive service to the excepted service. EO 13843, which remains in effect today, also removed the non-partisan and sound ALJ hiring and vetting process from the Office of Personnel Management (OPM) and handed it over to political appointees at agencies throughout the federal government to pick and choose who can serve as ALJs. This has created a hiring process that is ripe for political patronage and should be reversed, which is exactly what the ALJ Competitive Service Restoration Act achieves.
The Metal Trades stands firmly with the FWA in its efforts to pass the ALJ Competitive Service Restoration Act.