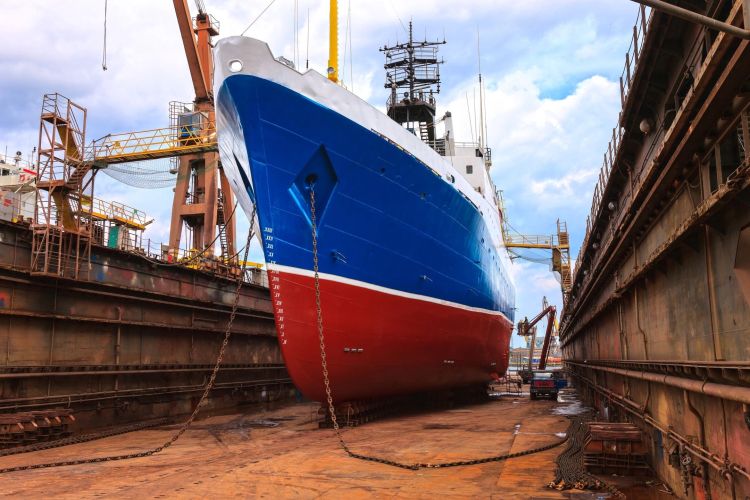 From the Whitepaper: The U.S. Merchant Marine and shipbuilding industries are strategic national assets critical to national security, with the Department of Defense relying on our U.S.-flag fleet and its pool of trained and credentialed mariners for over 95 percent of national sealift needs in times of war or emergency. Yet this fleet is in a state of precipitous decline: the number of privately-owned U.S.-flag vessels engaged in foreign trade has dropped from 249 in the 1980s to just 78 as of October 1, 2016.

This signals not only the erosion of our sealift capabilities, but also the outsourcing of security and control over the supply chain that underpins our entire economy. The world relies on maritime transportation to move ninety percent of its global trade, but very little of that travels on U.S.-flag ships. Of the 1.4 billion tons of goods that are imported and exported through U.S. ports each year, 98 percent travel on foreign-flag vessels operated by foreign mariners.

The erosion of our ability to build and operate ocean-going vessels at competitive rates is also a threat to our industrial base. Good manufacturing jobs in shipyards and shipbuilding supplier companies have been outsourced oversees at alarming rates, and with them the invaluable technical skill and shipyard infrastructure that once kept costs down for both commercial and naval shipbuilding.

Inertia and bad public policy precipitated this decline, but Congress can turn the ship around by passing the Energizing American Shipbuilding Act.

Contact Congress today and tell them to move on H.R. 1240, the Energizing American Maritime Act. Unless Congress takes action, ALL exported American crude oil and LNG traveling by ship will go on foreign-built and foreign-flag vessels operated by foreign crews, outsourcing ALL of the associated jobs and technical skills to foreign competitors. This bill would expand our U.S.-flag fleet, create over 2,000 new mariner jobs, and create thousands of additional jobs in shipyards and throughout the shipbuilding supply chain. I hope we can count on your support.

Tens of thousands of American mariner and manufacturing jobs aboard vessels, in shipyards, and throughout the U.S. supply chain depend on the strength of the maritime industry. There are currently 117 active shipyards in the U.S. spread across 26 states, and another 200 shipyards engaged in repairs or capable of building ships. In 2011, the U.S. private shipbuilding and repair industry directly provided 107,240 jobs, $7.9 billion in labor income, and $9.8 billion in gross domestic product to the national economy. Including direct, indirect, and induced impacts, on a nationwide basis, total economic activity associated with the industry reached 402,010 jobs across all 50 states, $23.9 billion of labor income, and $36 billion in GDP in 2011. Each job in the private shipbuilding and repair industry supports another 2.7 jobs nationally, including increased revenue for small – businesses serving maritime workers and their families. Each dollar of labor income in the shipyard sector leads to another $2.03 in labor income in other parts of the economy.

The Energizing American Shipbuilding Act would: