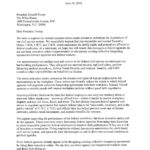 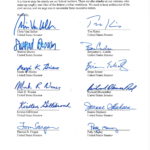 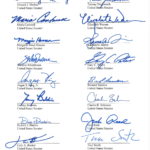 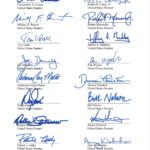 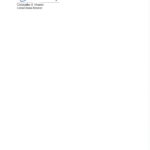 In a letter dated June 19, 2018 more than 40 Senators wrote about their serious concerns about the Executive Orders issued in May which affect the “foundations of our civil service system.”

The letter urges President Trump to rescind the orders which “undermine the lawful rights and protections afforded to federal employees.”

In closing the letter, the group states that, “It is time to stop the attacks on our federal workers. These are also attacks on our veterans, who make up roughly one-third of the federal civilian workforce. We need to keep politics out of the civil service, and we urge you to reconsider these executive orders.”

The Metal Trades Department, AFL-CIO thanks those that are standing up for our federal workers and urges all Senators to support the civil service.

See the full text of the letter below.

We write to express our serious concerns about recent actions to undermine the foundations of our civil service system. We respectfully request that you reconsider and rescind Executive Orders 13836, 13837, and 13839, which undermine the lawful rights and protections afforded to federal employees. At a minimum, we hope you will ensure that managers at federal agencies do not use these executive orders inappropriately to circumvent existing collective bargaining agreements between agencies and federal workers.

The approximately two million men and women in the federal civil service are dedicated and hardworking professionals. They safeguard our national security and food safety, perform lifesaving medical procedures, deliver Social Security and veterans’ benefits, and fulfill countless other responsibilities on behalf of our citizens.

The recent executive orders undermine the decades-old rights of federal employees to fair representation in the workplace. These orders significantly reduce the extent to which federal agencies will negotiate collective bargaining agreements with their workforce. Instead, federal agencies or outside panels will impose workplace policies without good faith negotiation.

Imposing arbitrary limits on the time that federal employees can carry out statutory duties to represent fellow employees -known as official time -makes it harder to resolve workplace disputes and root out waste, fraud, and abuse. The law already requires federal agencies and unions to negotiate agreements that require official time to be “reasonable, necessary, and in the public interest” (5 U.S.C. § 7131) and official time has helped prevent cover-ups of disease outbreaks, address racial harassment, and expedite benefits for veterans.

We support improving the performance of the federal workforce, but these executive orders will do the opposite. These executive orders discourage federal agencies from using their discretion to create reasonable plans for federal employees to improve their performance if they are at risk of demotion or termination. Firing employees without due process undermines the merit-based civil service system, and opens the door for managers to satisfy their own personal vendettas or political agendas.

Some federal agencies already appear to be abrogating existing collective bargaining agreements by citing these executive orders. We ask that you direct agency and department heads to cease and desist from doing so.

It is time to stop the attacks on our federal workers. These are also attacks on our veterans, who make up roughly one-third of the federal civilian workforce. We need to keep politics out of the civil service, and we urge you to reconsider these executive orders.