“President Biden’s budget builds on his already historic progress and continues to put America’s working families first. His 19 percent increase in proposed funding for the Department of the Interior coupled with the already passed Infrastructure Law will create good-paying union jobs and make critical investments in climate resiliency, clean energy, and conservation.

“The budget lays a foundation for prosperity for generations to come.

“This budget includes $105-billion for the Department of Transportation to allow for maintenance and modernization of our nation’s most critical transportation assets. $3 billion for commercial-navigation projects—such as river locks and dams. We will see additional funding for our nation’s short sea shipping routes. Investment in domestic manufacturing, affordable housing, and supply chain modernization. The budget also addresses prescription drug prices, childcare, health care, and higher education.

“Increased defense spending including a four percent increase for the U.S. Navy and funding for modernization of all three legs of the nuclear triad, with $34.4 billion for the nuclear enterprise. That includes $6.3 billion for the Columbia-class submarine.

“With the release of this proposed FY23 budget, President Biden has once again shown his commitment to building back better an America for the people, of the people and by the people.

“We urge Congress to fund this budget and put America to work.”

The Metal Trades Department opposes the VA Mission Act (S.2372), and its expressed purpose that would allow the VA Secretary new authority to privatize and close facilities throughout the VA health care system. See President Hart’s letter to all Senators regarding S.2372 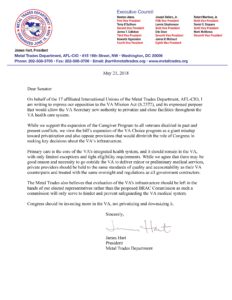 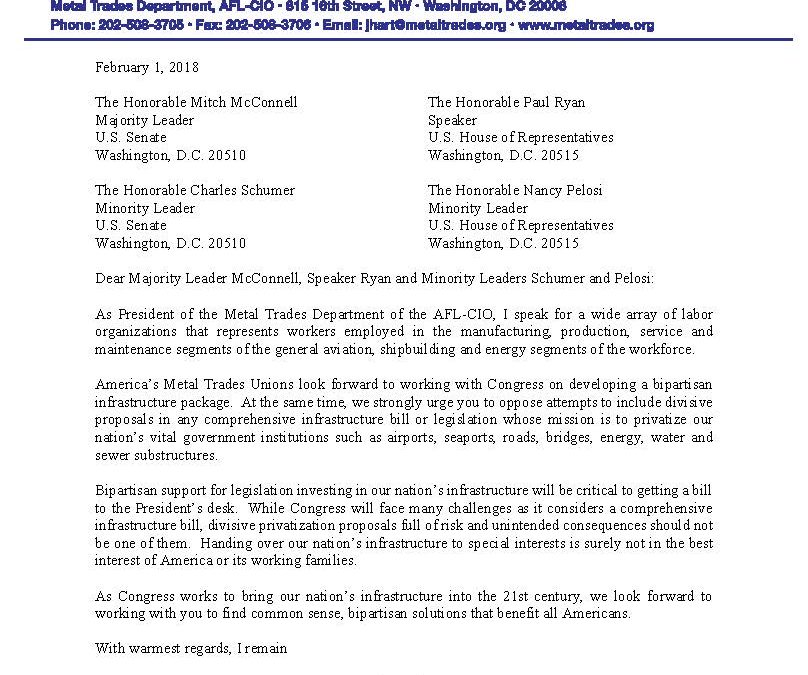 As President of the Metal Trades Department of the AFL-CIO, I speak for a wide array of labor organizations that represents workers employed in the manufacturing, production, service and maintenance segments of the general aviation, shipbuilding and energy segments of the workforce.

America’s Metal Trades Unions look forward to working with Congress on developing a bipartisan infrastructure package. At the same time, we strongly urge you to oppose attempts to include divisive proposals in any comprehensive infrastructure bill or legislation whose mission is to privatize our nation’s vital government institutions such as airports, seaports, roads, bridges, energy, water and sewer substructures.

As Congress works to bring our nation’s infrastructure into the 21st century, we look forward to working with you to find common sense, bipartisan solutions that benefit all Americans. 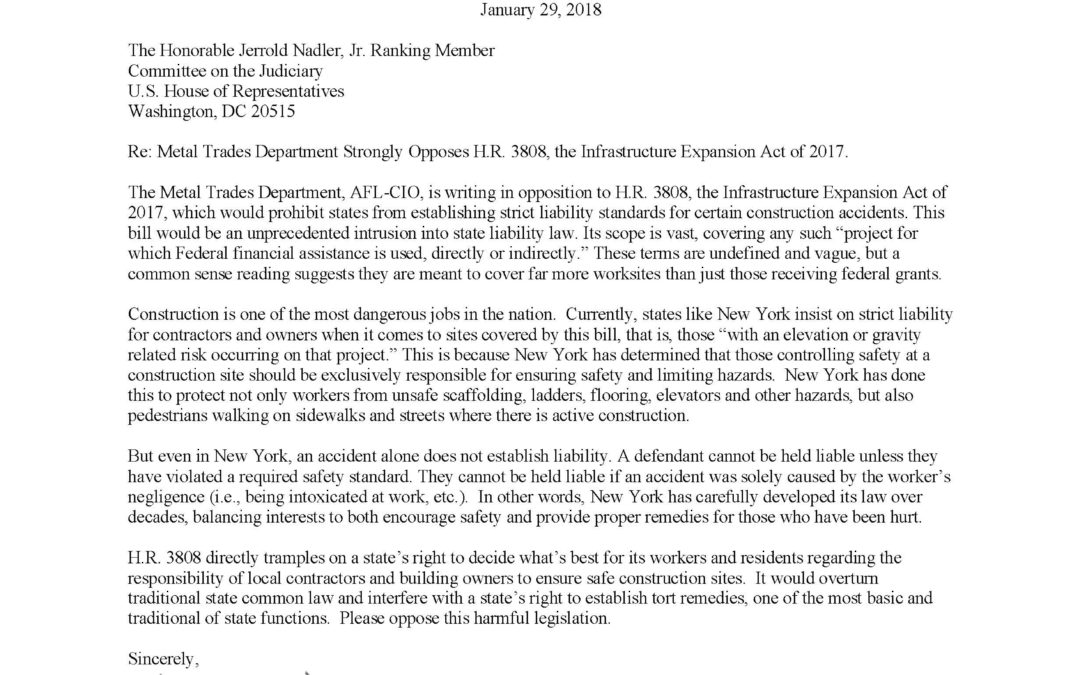 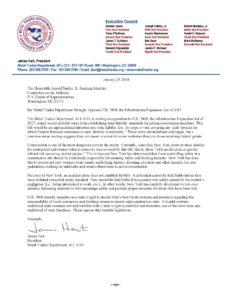 WASHINGTON, DC–As the labor representative for workers at the major shipyards building Naval vessels in the U.S., I am deeply disturbed by the allegations that Austal, USA violated the False Claims Act.

For years, the Metal Trades Department has suspected that the company is abusing the Alabama Industrial Development Training (AIDT) center by garnering state and local tax incentives while failing to properly train prospective employees. The legal allegations brought forth in the June 2014 lawsuit filed by the Gardner Firm PC, only further justifies our concerns.

As reported by Law360’s Jacob Fischler in Ex-Workers Say Navy Shipbuilder Faked Employee Records, the “employees were sometimes misrepresented as supervisors to skirt government provisions about how many supervisors were required per shift, as well as to boost their reimbursement potential.” We believe that this type of misrepresentation is rampant at Austal, USA.

Employees at Austal have had their voices ignored repeatedly.  Our representatives have expressed concern to the Navy that these practices might be happening. We were not kept abreast of what, if any, action was taken by Navy personnel. This company has violated U.S. laws, fired employees who complain. As outlined in the lawsuit, three of the five relators—those named in the suit—were fired after reporting the alleged fraud to supervisors. The environment of intimidation and fear has caused most to keep their head down for fear of losing their jobs.

These new accusations, as well as the repeated OSHA citations issued to Austal, USA shows the callous disregard this company has for both U.S. regulations and its workforce. The U.S. Navy and the hard-working men and women in our shipyards deserve better. 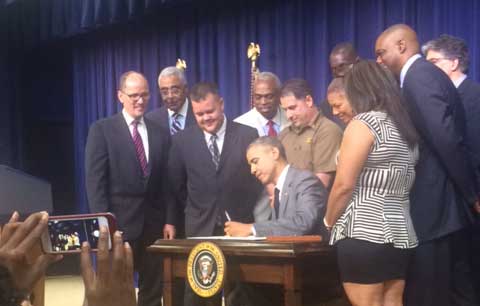 I am honored to be at the White House to witness the signing of the Fair Pay and Safe Workplaces Executive Order.  The Metal Trades Department and its affiliated unions have been advocating for and supporting this action for many years.

Our organizations have witnessed first hand the abuses of unscrupulous federal contractors wage theft of their workers and the unlawful retaliation when workers try to exercise their rights. The terms of the Contractor’s federal contracts require them to obey and abide by the laws. Although the vast majority of contractors play by the rules, every year tens of thousands of American workers are not treated fairly. Many are denied overtime wages, not hired or paid fairly because of their gender or age, or have their health and safety put at risk by corporations contracting with the federal government that cut corners.  Today, President Obama is cracking down on federal contractors who put workers’ safety and hard-earned pay at risk.

This Executive Order means that there will be consequences that will actually deter this unlawful action.

We thank President Obama for issuing this Executive Order.