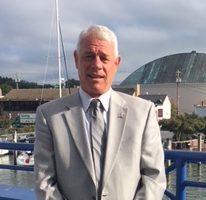 As the then business manager of Local 37 Ironworkers, Roy was positioned as a key catalyst to help bring Rhode Island labor union workers, residents, environmentalists and finance, government and business leaders together and make the project a reality.

On December 12, 2016, Block Island Wind Farm came online as the first offshore wind installation in the United States. 300 jobs were created and 17,000 homes are powered by five 6 megawatt turbines.

Roy and his Royal Advisors team offer all stakeholders roles in offshore wind and wave farm projects in the U.S. and overseas — from U.S. contract bid team building, design, and permitting to financing, manufacturing to installation — his invaluable front-line experience, high-level contacts and proven success. 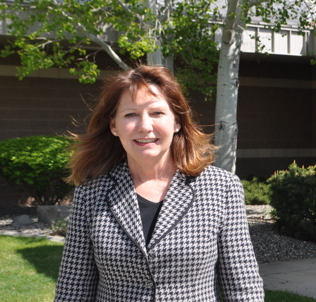 Karen McGinnis, the current and founding director of the Volpentest HAMMER Federal Training Center, a Department of Energy Federal asset.Since 1991, Karen has guided HAMMER to its status as an industry recognized leader in safety and health training featuring one of the most multi-faceted training facilities in the world. Karen’s crowning achievement is her oversight in establishing the many partnerships forged through HAMMER. These relationships – made up of organized labor, federal and state agencies, tribes, safety professionals and community leaders – prompted AFL-CIO Chairman Richard Trumka to remark that HAMMER represents “one of the most important partnerships in the country.” Under Karen’s leadership, HAMMER has gained recognition as one of the premier training centers in the world while also achieving the top federal safety award of Voluntary Protection Program (VPP) Star Status. Karen also received a “Special Achievement Award” for outstanding Performance Leadership in furthering the US DOE VPP program, and was recently appointed to sit on the Federal Law Enforcement Training Centers (FLETC) Advisory Board.Karen has a Master of Arts, Agriculture and Natural Resource Economics, Washington State University and a Bachelor of Science, Agriculture and Natural Resource Economics, Oregon State University.

Rear Adm. Stephen Williamson is a native of Bowie, Maryland. He entered the Navy through the Naval Reserve Officers Training Corps program at the University of Maryland, College Park, and the George Washington University where he received a bachelor’s degree in economics. He attended the Naval Postgraduate School and became an engineering duty officer while earning his Master of Science in Mechanical Engineering in 1996.

Williamson’s tours as a surface warfare officer included damage control assistant on USS Lynde McCormick (DDG 8) and first lieutenant on USS Long Beach (CGN 9). While on USS Long Beach, he completed a major overhaul while the ship was in Puget Sound Naval Shipyard. 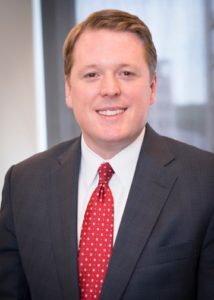 Mr. Hale serves as Senior Vice President and Chief Operating Officer for Ullico Inc. In this capacity, he works closely with the Ullico senior management and board of directors. He is responsible for a broad range of day-to-day operations of the company. He is intimately involved in business planning and cultivating strategic partnerships for the organization. He serves on the Ullico Infrastructure Fund (UIF) Opportunity Review Committee and on the senior management team for Ullico Inc. Prior to joining Ullico Inc. in June of 2008, Mr. Hale worked for the Laborers’ International Union of North America’s (LIUNA) Tri-Funds for six years. His responsibilities included working with LIUNA and their signatory contractors on a broad range of issues in the construction industry that promoted Labor/Management cooperation. Mr. Hale is a graduate of The University of Tennessee with a B.S. in Finance and he holds his M.B.A. from Cumberland University in Lebanon, Tennessee. He also holds the Series 7 and 63 designations along with being a licensed producer in Life and Health insurance.

Comprised of a dedicated and professional staff, with over 75 years of combined experience working in the labor and Taft-Hartley market, ITC offers clients unparalleled access to a national network of pension trustees, staff, and fund consultants — as well as labor leaders at the national, regional and local levels.

Robbins Arroyo LLP is nationally recognized for its achievements on behalf of individual and institutional shareholders, and our attorneys work with clients across the United States and internationally to identify, evaluate, and litigate claims of corporate misconduct and fraud at the public companies in which they invest.

We welcome you to explore our website and to contact us for more information about our work, our attorneys, and our services for clients.